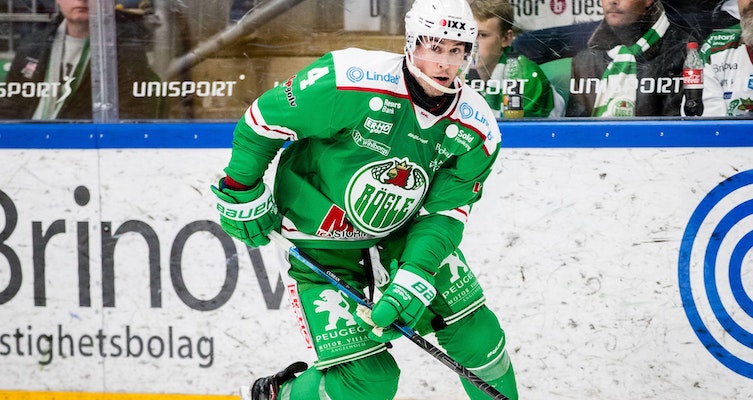 The NHL starts this week, but here in Sweden most team’s have already managed to squeeze in six matches a piece since the start of the league on 14 September.

That Frölunda Indians are up in second place already is probably not a surprise to many. But above them, and with only one loss to their name, is an unexpected name - Rögle BK. They are the only team, apart from the Indians, who have four regulation wins so far this season.

The leaders remain undefeated away from home and have beaten Malmö Redhawks, Linköping HC and Örebro HK on the road. In fact, the only match they have only lost to newly promoted IK Oskarshamn.

Tipped by many, include A Brit On Thin Ice, to go back down to the HockeyAllsvenskan, the east coast club have had an excellent start in proving everyone wrong. They only lie four points behind the league leaders and are part of a handful of teams that have won three matches in regulation. Netminder, Tex WIlliamsson, had never played a SHL match until this season now leads the keepers’ table with a 95.5 SVS%. Another SHL newby is their 28-year-old American forward, Tyler Kellher. The former Milwaukee Admirals (AHL) player joins a familiar name at the top of the goal scoring table - 2002 Columbus Blue Jackets drafted Joakim Lindström (Skellefteå AIK). But alongside them also with 5 goals and 2001 St Louis Blues drafted, Sebastian Wännström now with Leksand IF.

Back at Rögle, Canadian defenseman, Kodie Curran, pictured, continues where he left off last year for the Ängelholm club. He is the league’s top scoring defenseman with 7 (2+5) putting him in sixth on overall points. But he has new signing Dennis Everberg (3+3) and American assistant captain, Taylor Matson (4+1) also contributing from the forwards.

For the Indians it is the regulars Rhett Rakhshani (4+5), Simon Hjälmarsson (4+3) and Ryan Lasch (3+4) who have netted to get their challenge of winning a second SHL title in a row off to a good start.

Meanwhile at the bottom of the table are four teams who have only one regulation win so far this season - HV71, Linköping, Brynäs IF and Växjö Lakers. But as the regular season in 52 matches long there’s no need to panic yet. Both Linköping and Brynäs will play on 1 October so have an early chance to creep up the table before the first full month of SHL action gets going.