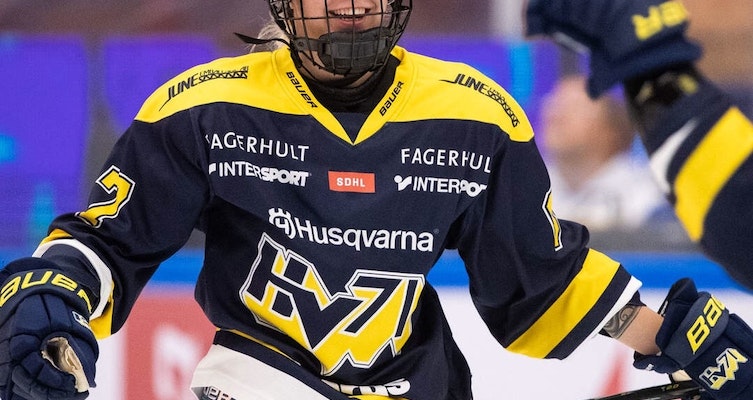 SDHL: Final will be between Luleå and HV71

The top two teams in the regular season will meet in the SDHL Final which is due to start on 11 March as HV71 travel to meet Luleå/MSSK. Both teams won their respective semi final series 3-0 with a Match 3 victory this Sunday.

Despite Brynäs IF having the top scorer in the regular season, Lara Stalder, in their team it was Luleå who won their first two games by a single goal, 3-4 and then 3-2, with the Swiss forward picking up 3 points (1G+2A).

It was Luleå's Swiss signing who has just coming in for the playoffs, Phoebe Staenz who would shine for the reigning champions. She picked up four goals in the three games, including the go ahead goal in Game 3 at the end of the second period to give the home team a 3-2 lead. Visiting Brynäs would never recover and eventually go down 6-2 in the last game of the series.

Luleå's Finnish internationals ruthlessly destroyed Brynäs' attempt at an upset. Petra Nieminen scored 3 goals, and Michelle Karvinen assisted on all of them and scored one of her own to come away with 4 points in the final match of the series.

It marks the third year in a row that Stalder has been knocked out of the competition by Luleå, having lost the SDHL final to them two years in a row with Linköping HC before her move to Brynäs last summer.

HV71 have been dominant all season and were in no mood for charity as they beat the Djurgården IF 10-3 in the first two matches. Michelle Lowenhielm (pictured) was one of the architects with 2G+2A combined across the two games.

In Game 3 at home the Jönköping club again made use of their post-season signing between the pipes, Canadian Shea Tiley. Not content with having the league's best keeper in Spaniard, Alba Gonzalo, the team are putting nothing to chance signing the out of work former Toronto Furies keeper for the playoffs. Tiley who has also won the NCAA championship two years in a row in a team that contained Gothenburg HC's Emma Keenan

The final game of the series was a tighter affair, as Djurgården fought for their lives coming back from 3-0 down to be only 3-2 down with 7 minutes to go in the tie when Canadian, Sarah Bujold netted for the visitors.

But it was not enough and Jönköping club cruised through to the final for the first time since 2016/7.

They are determined to not repeat the defeat from that year, and the question remains, can Luleå/ MSSK actually beat this incredibly talent HV71?