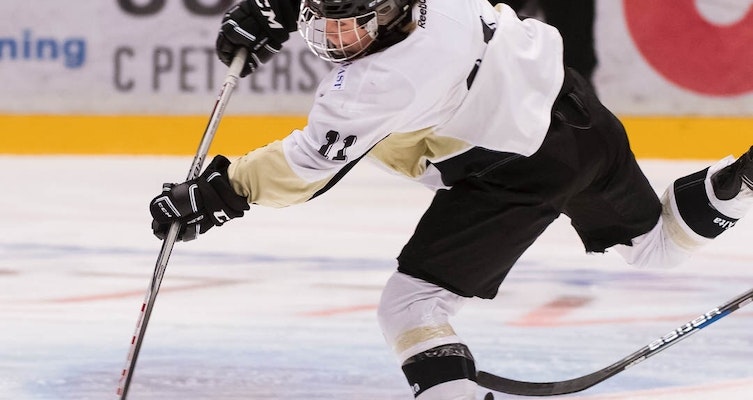 Luleå/ MSSK have been one of the most dominant teams in the SDHL over the last few years and are challenging for third national title in a row.

But things have not been going their way in 2019/20 with rivals HV71 taking their place at the top of the league. Meanwhile, top international players Emma Nordin (SWE), Michelle Karvinen (FIN) and Noora Tulus (FIN) have missed a total of 38 matches between them this season.

But on 15 January 2020 the reigning champions announced the return to Swedish hockey of Swiss Olympian, Phoebe Staenz. The 26-year-old has played in Lugano Ladies in her home country for the last two years. But before that she was the top scorer for SDE Hockey with 26 points (18G+8A) making her the second highest scoring Swiss player in the league that year behind Lara Stalder.

She decided to come to Sweden in 2017/8 after four years in the NCAA with Ivy League college, Yale University.

“I decided to move to Sweden to play the best hockey possible and to prepare myself for the 2018 Olympics in Korea,” she explains, ”I chose SDE because my line mate at Yale, Hanna Åström, played there and the club gave me the opportunity to improve as a player and as a person”.

Staenz achieved her goal playing for Switzerland in her second Olympics at Pyeong Chang. However, is the 2014 Winter Games that has been the pinnacle of her career so far, “sharing the experience of winning an Olympic medal with my family was the best”, she says about her Bronze from Sochi.

After the 2018 Winter Games, she decided to return to her homeland. Shaenz grew up in German speaking northern Switzerland, playing as a junior for ZSC Zurich Lions. However, when I ask about why she went to the Italian speaking south and play with Lugano HC I get a surprise, “as a little girl my favourite players played in Lugano and playing in Zurich, I was never allowed to cheer for Lugano. I told myself that someday I would play there... and I did!” she says with a smile.

Staenz played a crucial role in Lugano’s seventh SWHL A title in 2018/9. She was the league’s top scorer in the regular season with a mind-blowing 52 points in just 19 games (!), including 30 goals.

Now she plans to bring her considerable prowess to Luleå.

“I was very happy and honoured to hear from them,” she says about the call up from Luleå/ MSSK.

It is no secret that Luleå owe their success partly down to having five of Finland’s 2018 Olympic bronze medallists and 2019 World Championship Silver medallists in their team. Something Staenz knows she can learn from, “I admire the Swedish and Finnish national team players. I would like to play like they play”, she says modestly.

Luleå look set to meet her former team, SDE Hockey, in the playoff quarterfinals. But the 26-year-old is focused on the job in hand, “I hope to help Luleå defend their title,” she says, “and be a role model for women's hockey,” she adds with unselfish ambition.

Whether it is studying at Yale, winning the Swiss national championship or Olympic Bronze, Staenz has shown a determination and willingness to be the best. So, with there being a high probability that she will add a SDHL medal to her palmares in the coming months, you can be certain she will do all that she can to make sure it is Gold.