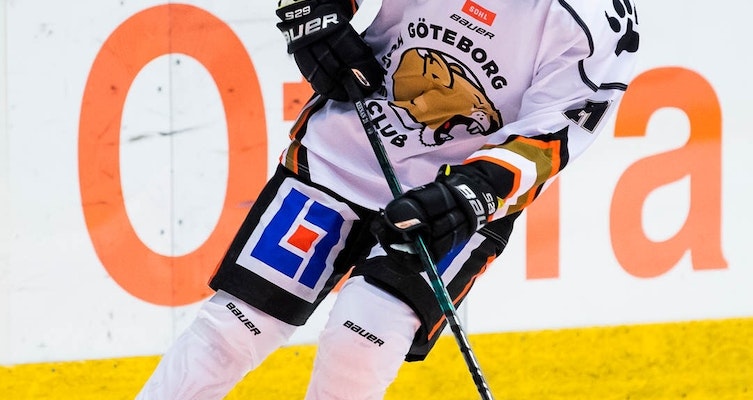 Emma Keenan is one of a series of new import players who has joined the SDHL in the 2019/20 season after graduating from the NCAA.

Now 22 years old, the defender has an amazing time at Clarkson University, winning back to back championships in the fiercely competitive college league in a team which included Canadian forward, Amanda Titus who was at SDE Hockey last year.

“It was an unbelievable experience. There’s no better feeling than winning alongside your teammates after all the hard work we put in”, she says.

But she also puts the victories down to buying into the team plan, “our focus was on defence first hockey. We knew good offence could come if we always played defensively minded. Everyone bought into that style of hockey as well as the process and we were able to find success,” she explains.

As college came to an end, Keenan felt that opportunities for professional hockey in North America were limited, so she looked over the Atlantic to continue her career, as well as widening her life experience.

“I’m extremely grateful that hockey gave me the chance to live in Sweden and Europe. There’s a lot of talented players in the SDHL and I was excited for the opportunity to keep developing my game”.

She came to Gothenburg HC fully aware of the challenges, “the club is relatively new, I was excited to contribute to the developing program as much as I could. And I also got to play with my former high school teammate, the Canadian, Celine Tardif”, she adds.

The change in league and style of play has allowed the American born, Canadian to develop the offensive part of her game. In the two Gold medal winning seasons at Clarkson she scored just 11 points, all assists, in 76 games.

By contrast, in the regular season at Gothenburg HC she has nearly 0.50 PPG, including 9 goals, making her the team’s joint top scorer alongside English forward, Louisa Tippart Durnell and young Swede, Hanna Thuvik.

But Keenan’s personal success does not overshadow the needs of the team, “Obviously, right now our main focus is on winning the qualifications [to remain in the SDHL]”, she says.

“We need to play our best hockey as a team,” she says taking her experience from the NCAA and applying it here in Sweden. “We are best when we’re moving our feet and playing with confidence, so it is important we bring that energy.” And she adds, “it’s vital that we bring that desperation and discipline it takes to win a three-game series”.

Whilst only 22, Keenan is one of the most decorated players in the team, and you can expect her to be commanding the blue line in the qualifications.

It is the third year in a row Gothenburg HC have been in this position, that is, every year they been in the SDHL.

It was a bit of a shaky start, but they got the vital first match away victory win against Malmö Redhawks last night, coming away with a 1-2 win.

And you can be certain that Keenan and the rest of the club have every intention of taking victory on home ice this weekend and securing another year in the top flight.