U21 WORLDS: Corona prevents US and GB riders' participation 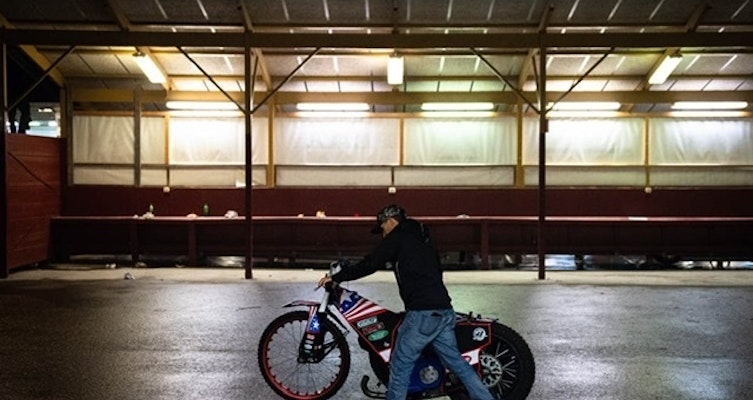 U21 WORLDS: Corona prevents US and GB riders' participation

Sadly, for both the USA and Great Britain Speedway teams, changes and regulations around the Coronavirus have prevented their riders from taking part in this year’s U21 World Championship qualifying events this weekend.

Five One Racing has spoken to two of the riders who were due to take part on what might have been.

Palemse will be 18 yrs this summer and lives in California, like American speedway legend, Greg Hancock (pictured).

He was second in last year’s USA U21 National Championship, behind Luke Becker who is now racing with Wolvehampton Wolves and Orzel Lodz.

But, the 2020 champion is now too old to represent the Stars and Stripes as is Broc Nicol, who is also racing in the UK with Wolves this year. So, USA Speedway nominated Palmese to take part in the qualifier in Manchester, UK.

However, with all the details in place, on 5 May the event at Belle Vue was cancelled due to complications around the stringent Corona regulations in Britain and moved to Daugavpils in Latvia.

But for the USA team, who use the UK as a base for European events, this was a fatal blow for their efforts to be part of the U21 World Championship event.

"Yes, I've raced in Europe," the 17 year old tells us, "but it is much different by being much more popular and with larger tracks".

He goes on to let us know his plans for this year, "I'm just gonna be racing in the US and be consistent in the D1 events," he says, and then continues, "Most likely, I will be competing in World qualifiers in 2022 and, hopefully, we have more time to plan!" he says with a youthful smile.

On 26 May, Team GB speedway proudly announced that Tom Brennan and Drew Kemp had been chosen to represent the country at Gustrow.

However, this´Tuesday, just five days before the event, Team GB were forced to withdraw after receiving no guarantees from the German authorities that the team would not be quarantined for 10 days, even though they will only be in the country for an event that lasts c. two hours.

Brennan will be 20 yrs this summer, and is currently racing with Ekstraliga riders, Brady Kurtz and Daniel Bewley with Belle Vue Aces in SGB Premiership. He is also doubling up at Eastbourne Eagles, the team that Drew Kemp races for in the Championship.

"Last year was pretty tough as there was no British league racing," he tells us, "I qualified to the European U21 Final, which was probably the highlight of the year, but struggled a bit in the Final. However, it was all experience and I’ve certainly learnt a lot from being out there," he says with measured maturity.

And he seems to be taking the disappointment in his stride too, "It's such a shame, but it's out of our control! I just have to keep pushing forward and concentrate on the next meeting," he says with down-to-earth realism.

It it still early days, but after two matches in the Championship he currently has a 5.90 points per match average - not far off the 6.05 he finished with in the 2019 season.

After his success last year and this knock back for the World Championships, Brennan seems likely to be named again when U21 European Championship competition gets underway later this year.

So despite this year's disappointment look out for both Brennan and Palmese in the year to come at international U21 events.