SWEDISH ICE SPEEDWAY: a full weekend of events in Sweden

SWEDISH ICE SPEEDWAY: a full weekend of events in Sweden 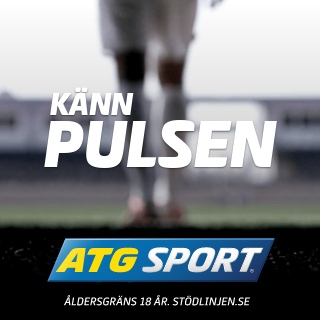 Sweden is experiencing one of the warmest winter's on record, but this weekend has been one of the first that has seen ice speedway on both Saturday and Sunday in the country, despite + temperatures.

The weekend has also seen the top Swedish riders taking part in the World Championships in Shadrinsk, Russia. But that has given the opportunity to other riders to shine here in Sweden.

The most northerly based club in Sweden had the advantage of having snowfall before the competition started even if the temperature hovered around 0 degrees at Kallehov.

This cup is an individual competition, not unlike the SGP series, with 16 riders taking part in 20 heats and then a final between the top four riders based on points accumulated during the meeting.

Whilst there was a lot of good racing, this meeting will probably be remembered most for Heat 1 where ÖMK Rundbana's Jimmy Hörnell Lidfalk (SWE) literally flew out of the stadium when he attacked the final corner too hard (see video below). Luckily, he was uninjured and returned to the competition where he collected 8 points in total.

After four heats each, the clear leaders were ÖMK Rundbana's Rene Stellingwerf (NED) and Bockarna's Luca Bauer (GER) who both had collected a maximum 12 points at that stage. That made Heat 18 where they met for the first time extra intresting. The heat also contained SMK Gävle's Albin Lindbolm (SWE) who along with Bockarna's Atte Suolammi (FIN) were in equal third having only dropped two points after four races.

Heat 18 saw Stellingwerf take first, Lindbolm second and Bauer third and it would be these three plus Sualammi who would go ahead to contest the final.

The final saw Lindbolm take the lead, but the Dutchman, who had not lost a single heat so far, would not be outdone. He passed the Sweden to take first place whilst in third it was the Finnish rider with Bauer coming in fourth.

Despite the temperature rising to a un-winterly +8 degrees the competition went ahead with ground-staff working hard to keep the surface from turning into a swimming pool.

But despite tricky conditions for riders and staff alike, the afternoon provided high entertainment with the result only being confirmed in the very last heat.

ÖMK Rundbana have dominated the season so far, but without Martin Haarahiltunen, Niclas and Stefan Svensson they were vulnerable and finished in surprising third place with just 28 points.

Instead the meeting turned into a head-to-head battle between hosts, Bockarna and SMK Gävle.

Albin Lindbolm (SWE) continued a successful weekend by scored a maximum 12 points for Gävle. After his second outing in Heat 8 the club were in the lead by five with a team total 20 points.

But wins in Heat 10 and 11 by the home team's Finnish pairing of Atte Suolammi and Mikko Jetsonen brought them within one point of Gävle and plenty of racing left to catch their rivals.

But try as they might, Bockarna could not overtake Gävle, as Lindbolm kept up his winning ways alongside international teammates, Markus Gell (GER) and Jirka Wildt (CZE).

SMK had led the meet from the very first heat but started Heat 20 with just a one point lead.

And in the last race of the day Bockarna's captain, Pierre Hallen (SWE) started best and held on to pick up maximum 3 points whilst Gävle's Wildt would finish in third.

That meant SMK Gävle finished with 38 points, but home team Bockarna triumphed by the smallest of margins, winning with 39 points.