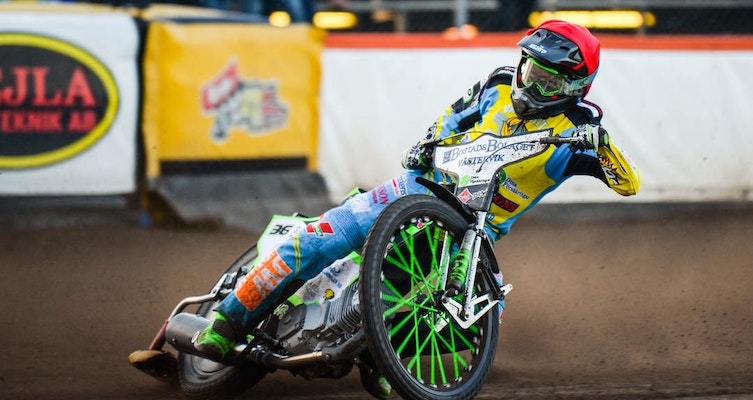 EXCLUSIVE INTERVIEW: Jaimon Lidsey: I like it in Sweden

Australian U21 World Champion, is racing for Unia Leszno in Poland as well as doubling up for their development team, Rawicz. Part of the reason he is racing in EWinner 2 is the new regulations in Ekstraliga that means the riders are only allowed to race in one other country outside Poland. And the young Australian has chosen Sweden to be that other nation, making 2021 his first ever season in Elitserien when he signed with Västervik Speedway.

“I chose Västervik because Morgan [Andersson] got in touch,” he replies, “I think it is going good so far,” he adds and with a heat average of 1.667, Lidsey is Västervik’s fourth highest scorer in a team that includes Artem Laguta, Pawel Przedpelski and Bartosz Smektala.

In addition to this high-powered arsenal, the east coast club announced this week that they are signing none less than Sweden’s top rider, Fredrik Lindgren. He also said that Andersson was the main reason he was coming to the team after a year off from Swedish speedway. With the signing of the Czestochowa rider, the club are showing that they mean business in 2021.

What’s the difference between Poland and Sweden?

“The Ekstraliga is very intense and there’s a lot of pressure and high expectations,” he says from behind his shades as sun streams into the depot in Motala, “It’s much more relaxed here in Sweden - that suits me,” he says keeping his words few and to the point.

But is that pressure from you or the club?

“Yeah, from me, of course, but from the club too. Last year there was no pressure, but with winning the Worlds then more is expected,” he explains, “and this year it has been a bit up and down in Leszno,” he says with a hint of frustration. The Australian currently has a heat average of 1.458 for the three times League winners and whilst this is respectable, he is probably hard on himself as he scored 1.787 last year when he was a Junior.

He continues, “but there’s only a few matches left now so I’ll be racing with Rawicz as much as possible”.

Currently, Lidsey has clocked up a 2.100 average in eWinner 2, although this is not an official heat average after just two matches. But he in not just a heat leader for the development team, he also is looking out for young Australian, Keynan Rew, “He’s only 18 yrs and broke his femur when he was just 16 yrs so he’s had a tough time. He’s doing alright,” he says about his compatriot’s performance, “he just needs more racing now, maybe go abroad to get more experience,” the 22-year-old says in his “older brother” role (Rew has raced all season in eWinner 2 and has a 1.200 heat average).

One disadvantage for Australian riders is that they do not have an individual competition like the SEC to aim for outside the highly competitive SGP series. But having been part of the Australian Speedway of Nations team as the country’s U21 rider from 2018-2020, Lidsey is keen to emulate that at senior level.

But the Leszno rider is currently the fifth best Australian rider in the Ekstraliga when you look at the individual rankings. He has two former World Champions and two current SGP riders ahead of him so there is tough competition to be part of the only southern hemisphere team in the team World Championships. But Lidsey is keen to strike the positive tone, “the 2021 team’s not decided yet, so I just need to keep working hard and earn my place,” he says with a determined voice.

That determination has got him racing with week-in-week-out with the most successful club in the best league in the world – all that and he’s only 22 yrs. Plus that he also the U21 World Championship trophy on his mantlepiece. The other Australians who have won that competition since the 1990s are Leigh Adams, Jason Crump, Darcy Ward and Max Fricke. So, chances are it is a question of “when” rather than “how” that he will be following after Leszno teammate, Jason Doyle onto the highest podium in the senior’s competition.

(Please note, that photo is not Jaimon Lidsey but Peter Ljung in Västervik colours in 2019). 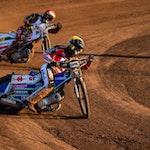