EXCLUSIVE INTERVIEW: Adam Ellis - getting back to form 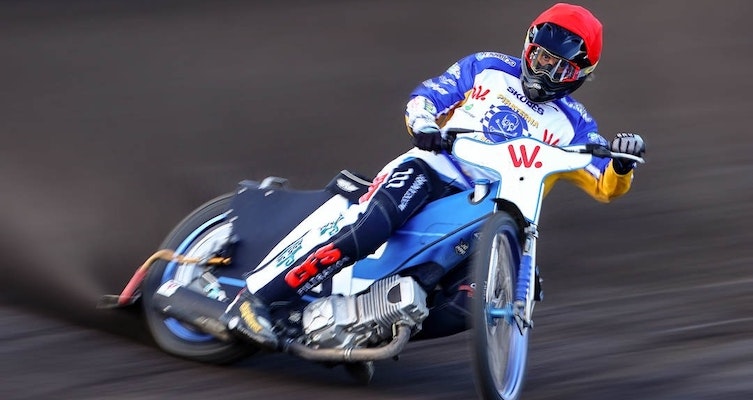 EXCLUSIVE INTERVIEW: Adam Ellis - getting back to form

After last year’s horrific crash that wrote off his 2020 season, France born Britian, Adam Ellis is back.

“I started practising in March and then from April we were racing again,” he says as we meet in a sun soaked depot in Motala, Sweden before his Bauhaus Elitserien debut for 2021.

The Brit has been racing in Rzeszow in eWinner 2 but is based in the UK with Sheffield Tigers in the SGB Premiership.

“Yeah, it was a bit slow to start with,” he admits, “But I feel I’m getting back in form. I just hope I can bring some of the Sheffield success to Sweden and Poland too.”

The difference he is talking about is reflected in his statistics; in two matches in eWinner 2 he only has a 0.800 average. But in his home country he is a heat leader alongside Jack Holder and currently in 15th place on the individual rankings with 1.944 p/h after four matches.

He goes on, “I like the tracks in Britian, they are more technical than those in Poland. There it is more about who has the biggest engine,” says the Brit.

Ellis only raced in two matches for Piraterna last year before his accident, but picked up a 2.600 average in those 10 heats. And last night in Motala it seemed as if he had never left. He started off on full gas and finished off as top scorer for the home side with 10+2 as they lost to Vetlanda.

In fact, it was only the 25 year old who stopped Motor Lublin's Dominik Kubera from getting a paid maximum on the night when he passed him in Heat 12 to claim 2 pts behind Vetlanda and Gorzow super star, Bartosz Zmarzlik. See match report here.