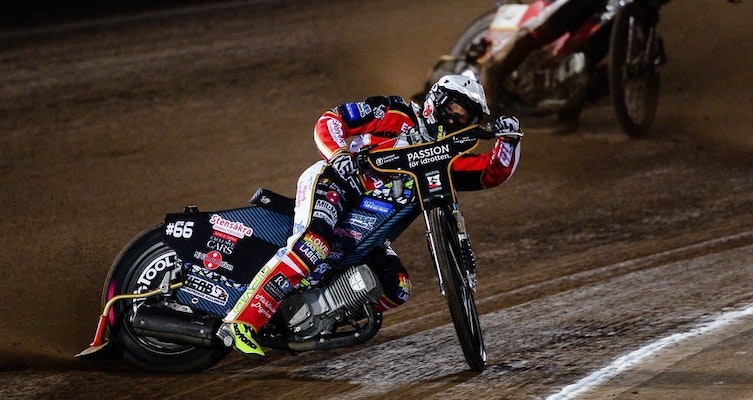 Sparta Wroclaw continued in the form that enabled them to destroy Zielona Góra last week by putting over 60 pts past rivals Grudziadz tonight.

Few pundits gave the visitors as chance before the game had started. As last week, Wroclaw refused to let up, even with the match won at Heat 11.
The match finished 63:27 with Nicki Pedersen high scoring for Grudziadz with 11 pts and Kenneth Bjerre taking 7+1 pts.

Both teams came to this match undeafted in their last two games. But Częstochowa set the mood for the match with a 5:1 in the first heat with Bartosz Smektala (11) and Leon Madsen (11+1) leading the way.
Vocal supporters screamed from the Lions almost nonstop between heats, and were rewarded with four 5:1s in the first 9 heats making it impossible for Lublin to get into the match.

Mikkel Michelsen (15) topped the scores for the visitors. But the home team had four riders with a double figure score and the whole team performed as the managerial staff would have hoped for when they planned their 2021 squad. Encouragingly for the home time, Fredrik Lindgren (12+1, pictured) finally looked like the quality SGP rider he is for the first time this season. Dane Jonas Jeppesen (4) also played his supporting role for the winners.