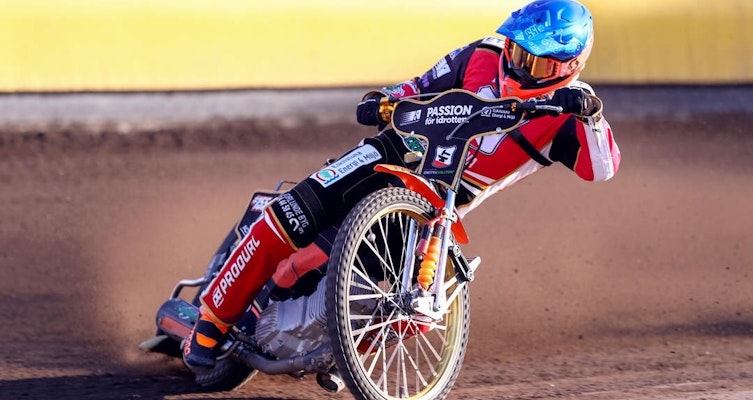 A series of heat advantages between heats 5 and 11 gave home team Lublin the win, 45:21, with four heats still to go.

Patryk Dudek, who started the season off with some of the best results of his career so far, seems to have faded and tonight took just 8 pts in six heats. Instead, it was Max Fricke who top scored for the guests with 11 pts.

But the night belonged to the home team, and Mikkel Michelsen (photo) again led out the squad with 14 pts, whilst Grigorji Laguta continued a great 2021, this time scoring 11 pts.
The final score was 58:32 and Lublin also took the bonus point as they continue to cement their peace as a top three outfit for this season.

With Częstochowa winning the first meeting between these two teams by just 44:46 in Gorzow in Round 4, there was always much to play for this match.

The teams then traded heat advantages and the match continued to be a close affair, was tied at 32:32 after Heat 12.

However, Gorzow found another gear for the last three heats winning every single one with a 1:5.

SGP pairing of Bartosz Zmarzlik and Martin Vaculik (11+3) did the damage in Heats 13 and 15 and the World Champions finished the match with a six heat maximum of 18 points.

The final score was 39:51 meaning that the bonus point also went home with the Gorzow’s team. They now lead the league, although second placed Wroclaw have a game in hand which they will play at Leszno on Sunday.

For Częstochowa’s Scandinavian riders it was another mixed meeting. Dane, Leon Madsen (11) was top foreign rider whilst Jonas Jeppesen scored 0 and was replaced in his last two heats by juniors, Mateusz Swidnicki (4+1). Fredrik Lindgren also seems to be missing a little je n’sa quoi finishing with a disappointing 5.