ALLSVENSKAN: Round 1 - Vargarna lead after away team wins 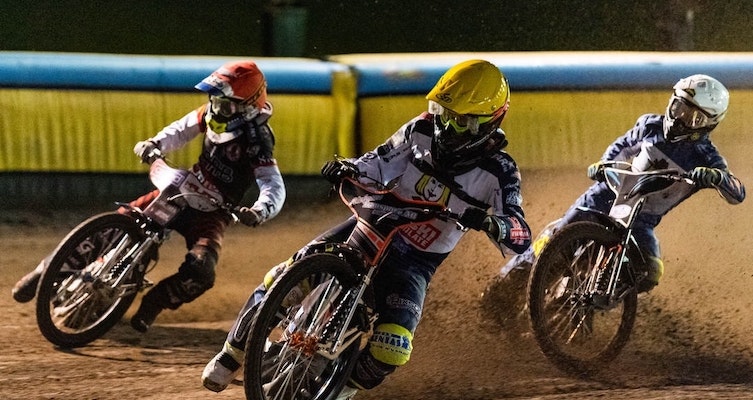 ALLSVENSKAN: Round 1 - Vargarna lead after away team wins

Sweden's second division, Allsvenskan started tonight with matches taking place in Eskilstuna, Västervik and Kumla. There was no Allsvenskan in 2020 because of corona restrictions, so the defending champions are Nyköping Griparna who won the final in 2019 against Team Rapid.

The league is a showcase for Swedish talent, especially riders who do not race in other leagues. However, there are one or two foreign riders who are expected to have a great impact in the season. So, it was no surprise that Polish rider, Hubert Legowik (b. 1995) top scored for Smålännignarna and Danish U21 rider, Tim Sørensen put up an impressive 12 pts for Norrköping Vargarna.

Best of the Swedish riders was:

And in Round 1, it was away wins for Valsarna, Griparna and Vargarna. However, it is the latter named that are in first place at this early stage after they beat Smålänningarna by 13 points. The other two teams only won by the tightest of margins - just 2 points.

Below you can see the detailed scores for each match (that does not include bonus points):