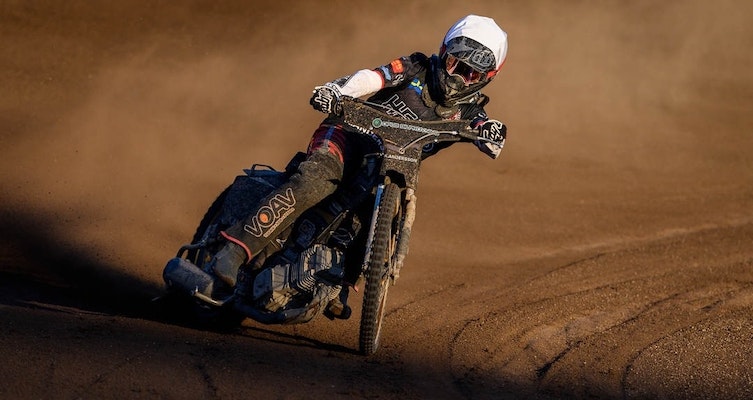 Last week In Nyköping the defending champions from the last Allsvenskan 2019 hosted a tight match that ended 45:45 meaning it was all to play for in Final 2 in Kumla tonight.

And after 7 heats there was still a stalemate with the scores locked at 21:21.

But two heats later the home fans were treated to the night’s only 5:1 as Joel Andersson (11, pictured) and Jonatan Grahn (9+1) beat their Nyköping rivals to the checkered flag.

The match was still in within Griparna’s grasp as the nomination heats started, but with the Kumla side leading 44:40 with the final heat things seem to be in the hosts favour.

And whilst the league’s top scoring rider, Griparna’s Kim Nilsson (15+2) took three points his teammate, Peter Ljung (12), never got off the start line as his engine stopped - sadly, typical of the veteran’s season.

That left Andersson and Grudziadz’s Norbert Krakowiak (13+1) to take second and third unchallenged to win the match 47:43 and with that, the 2021 Allsvenskan title, 92:88.

Officially this team is Kumla Indianerna B. There, however, will not be two Kumla teams in Elitserien in 2022 as there is no promotion/ demotion between the two leagues again this year.