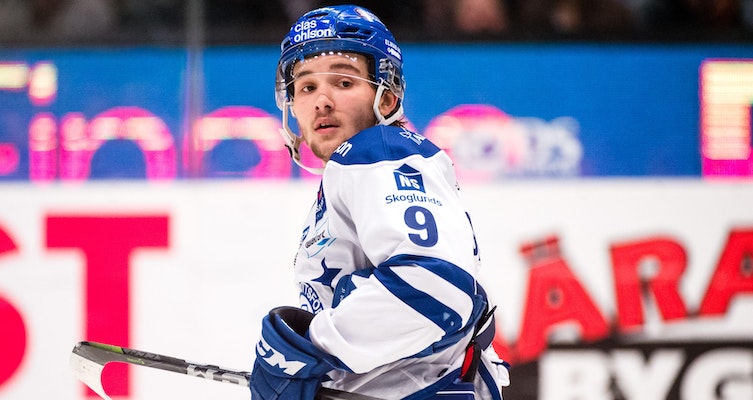 November has seen the return of two players from North America who had an enormous impact for the Stockholm club last season. 21 year old Jonathan Davidsson only got as far as training with the Columbus Blue Jackets, but 20 year old Axel Jonsson Fjällby got to play 16 games with Washington Capitals' AHL development team, the Hershey Bears.

This is a team that is designed to score goals with the first line of Jacob Josefson, Jakob Lilja and Daniel Brodin already with 56 points between them in just 29 games. Then there's Emil Bemström (above), the 19 year old who is leading the whole SHL with 11 goals and was drafted ahead of Jonathan Davidsson by Columbus in the same year, 2017.

For Djurgården attack is the best form of defense and that can be seen in that it is the forwards that lead the team in hits - and penalty minutes. November has been a month where they have continued to score goals, but ultimately have lost more matches than they have won- a trend that will need to change if they want to get further than last year's semi final place.