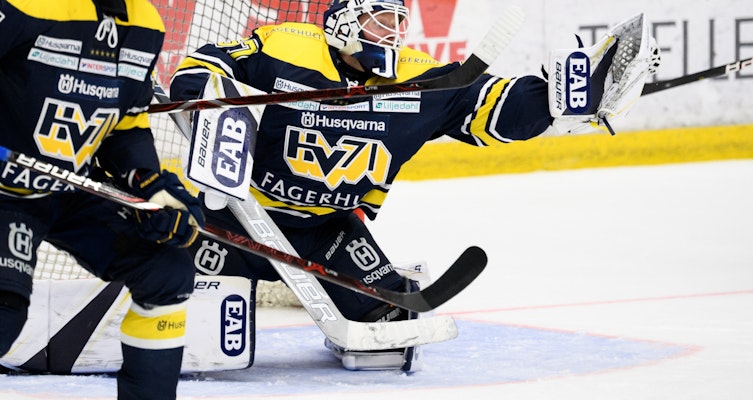 Before the next round of the SHL starts on 5 January we’re going to take a quick look at some of the teams outside the top six, starting with HV71 in ninth and Djurgården IF in eighth and ninth position.

The best of the rest

HV71 have the best team results from December with six wins out of eight games including four in a row at the end of the month taking them up to ninth place.

That has partly been due to having the league's top keeper in Jonas Gunnarsson (above) with a 93.57 SVS% on the season and former Djurgården IF forward Markus Ljungh scoring more than a Point Per Game this month with 9 points.

Ljungh's former team have really struggled since the groin injury to Jacob Josefson (pictured) which saw him miss eight games from the middle of November. Since then the Stockholm club have only won four of 11 games, slumped to eighth place and the former New Jersey Devil has not gained a single point despite having more than a Point Per Game before the injury. So whilst Emil Bemström rips it up at the Junior Worlds in Canada, back home the Leksing's club are in desperate need of his services before the Columbus Blue Jackets follow up on their 2017 draft choice.