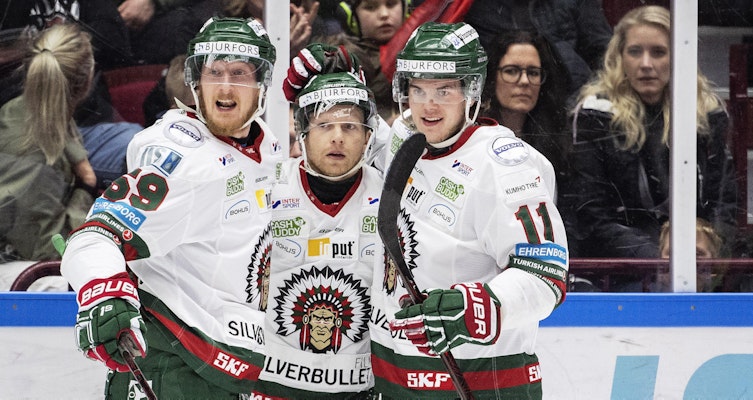 Last year when these two teams met in the quarterfinals it was underdogs Malmö's who got the better of Frölunda winning the series 4-2.

But the Indians have got their eyes on equaling their unique feat of 2015/6 when they won the Champions Hockey League and SHL in the same year. The Gothenburg team meant business beating Malmö 4-0 in the first home match. The Redhawks may have thought they were in with a chance after squaring the series at 1-1 in Game 2. But the Indians replied in ruthless fashion in Game 3 crushing their rivals 7-2. 30 year old Anders Grönlund in his first season in the SHL and St Louis Blues drafted Simon Hjälmarsson both scoring two goals each. Assist-king and the regular season's top scorer, Ryan Lasch got four assists in the game and former Malmö player, fellow American and New York Islanders drafted Rhett Rakhshani also got two assists.

Malmö have had success which is way above what was expected of them at the beginning of the season. But that their top scorer and captain Fredrik Händemark lies in 35 on Total Points in the playoffs shows that they simply weren't effective enough in front of net. Frölunda were simply too good at both ends of the ice. Chicago Blackhawks drafted netminder Johan Mattsson is in second place in the playoffs, Lasch is in second on Total Points whilst Canadian Olympian defender Chay Genoway is equal top in goals scored with four.