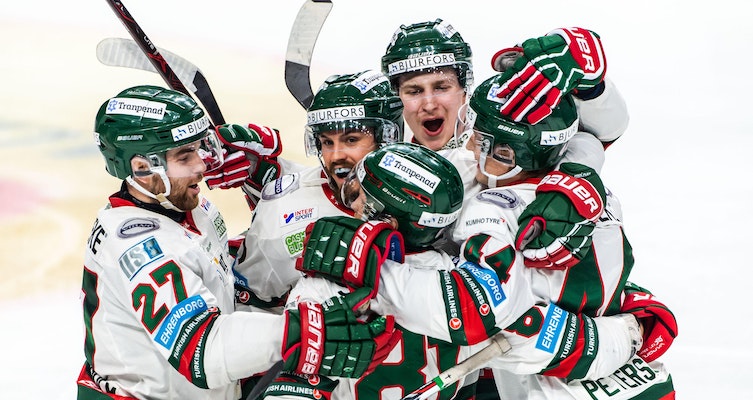 Frölunda Indians have been one of the best clubs in Sweden for the last five years, twice lifting the Le Mat Trophy. Manager Roger Rönnberg is hungry for success and this year will be trying to reach a unique double - the first Swedish team to the lift the SHL and CHL trophies two seasons in a row.

Part of the success of the Indians franchise has been stability of players and any success this year will be due to a well functioning core of talented forwards with captain Joel Lundqvist, assistant captain Simon Hjalmarsson, Norwegian Mats Rosseli Olson and American imports Ryan Lasch and Rhett Rakhshani.

Lundqvist will be 38 in March and is on the last year of his current contract. But the club is already thinking ahead to a post-Joel era and has signed three long term contracts with NHL drafted players who are all Frölunda's own products and are in their late 20s. There are Max Friberg (Anaheim Ducks), Nicklas Lasu (Atlanta Thrashers) and Linus Sandström (New York Islanders), who all have three year contracts with the Gothenburg club.

The back line is certainly weaker this year of with the loss of Canadians Chay Genoway and Jonathan Sigalet. The Indians management has opted for the "better the devil you know" policy of signing one year contracts with Brandon Gormley and veteran, Derek Printz who came to the club to fortify them in the playoffs last year. They they have signed Karl Stollery, Genoway's teammate in Pyongyang Olympics, who comes for his first season in Sweden at the age of 31 with over 330 games in the AHL and two seasons in the KHL on the CV.

Can this team complete the double and give Lundqvist the send off he deserves?