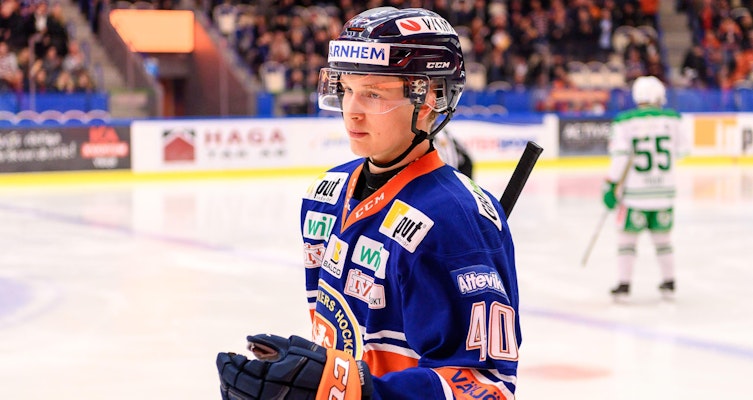 DRAFTED: NHL Entry Draft and the SHL - Part I

DRAFTED: who plays in the SHL?

An article in parts by @ABritOnThinIce1

PART 1: The Effect of the NHL Draft on the SHL

The SHL is the top division of Swedish hockey that has produced many talented players, not least, Rasmus Dahlin, the 18 year Frölunda Indians back who is certain to be chosen in the first round of this year's NHL draft in June.

But who else plays there, what can you expect to see if you turn up to a typical game?

To answer that question we need to first have a look at the draft system.

The impact of the NHL and AHL on Europe

At this time of year, when the European seasons start to wind up, eyes can become even more fixated on the Stanley Cup playoffs and the forthcoming draft selection, where Europe's top talent can be handpicked by North America's richest clubs.

In the first round of the NHL draft in 2017 Växjö Lakers' superstar, Elias Pettersson as well as HV71's defenseman, Erik Brännström, were among those chosen from the Swedish league.

The draft system has a powerful effect on European leagues like the SHL, taking out it's best young players like New York Rangers first round drafted Lias Andersson. The 19 year old understandably left Frölunda Indians in the middle of the 2017-8 season to pursue the NHL dream.

But it is not just take when it comes to the North America leagues.

Players at the latter stages of their career leave the NHL, such as René Bourque, who played the final year of his career here in Sweden at Djurgården IF after 12 seasons and 725 games in the NHL.

But the AHL also plays an important role.

Lias Andersson, for example, has played more games for the Rangers' AHL affiliate, Hartford Wolf Pack than for the NHL club itself.

The league now bills itself as a "development league" for the NHL and is designed for players who have been drafted (like Pettersson, Brännström and Andersson) so that they can mature into players who can compete in the world's top league. To create space for these younger players - and there are over 200 drafted every year - the AHL has several rules which means that teams cannot play a large amount older players. One key rule for our discussion, is that teams can only dress one player who has played more than four seasons in the upper echelons of the sport.

So every year the AHL spits out players who have not found a home on a NHL roster, as many as 10 players from each of the 30 teams. And if these players want to continue they need to travel across the world to new leagues, including Sweden's SHL, which do not have restrictions in terms of age or experience.

So the NHL draft and the AHL have a give and take relationship with the European leagues.

In Part 2 we will look at the young Swedes in the SHL hoping to break into the NHL.