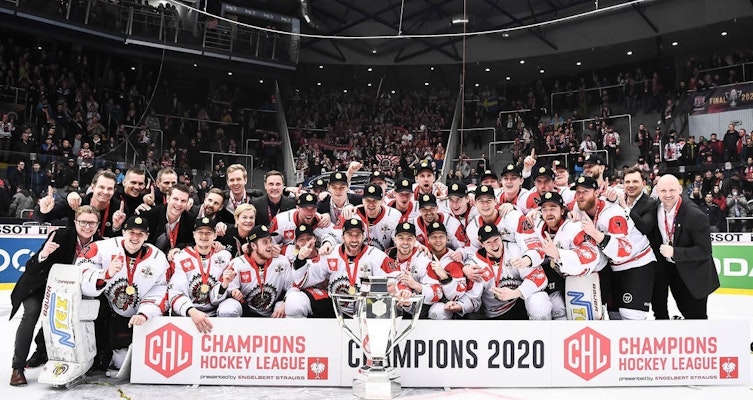 As predicted by @A Brit On Thin Ice before the tournament began, Sweden's Gothenburg Frölunda Indians won a fourth title in the Champions Hockey League in the Czech Republic on Tuesday.

As usual, the club did not make it easy for themselves going down 1-0 to a brilliant goal at 6:53 from Mountfield HK's, Petr Koukal, with the fully packed stadium going completely wild as they sensed an upset in their first ever appearance beyond the group stages in the European competition. The 37 year old Czech international and Olympian has also played for five seasons in the KHL.

Frölunda's undrafted American Ryan Lasch was again the competition's top points scorer with 22 points (6G+22A). However, it was former Färjestad BK, player Milan Gulas who took the prize for the top goal scorer with eight for Czech club, HC Pilzen. Meanwhile Mountfield HK, netminder Marek Mazanec, who was drafted by the Nashville Predators, took the prize for the most saves with nearly 300 as well as gaining the most shutouts, with three in the tournament.

The question remains whether Frölunda can repeat the CHL/ SHL double from last year.

They currently lie in third place in the SHL, 11 points behind league leaders, Luleå HF and Lasch is the league's fifth highest scorer with 32 points (10G+22A). With just over a month to go, the Gothenburg team will have no fear of meeting the league leaders in a playoff situation in the SHL, having already outclassed the Norrbotten team with their semi-final victory over Luleå in the CHL.

If Frölunda can continue in this form they have shown in the CHL in the playoffs in Sweden, they could well take a second title in a row. And if that is the case, it would surely place manager Roger Rönnberg's time at the club as one of the most successful in Swedish hockey history.