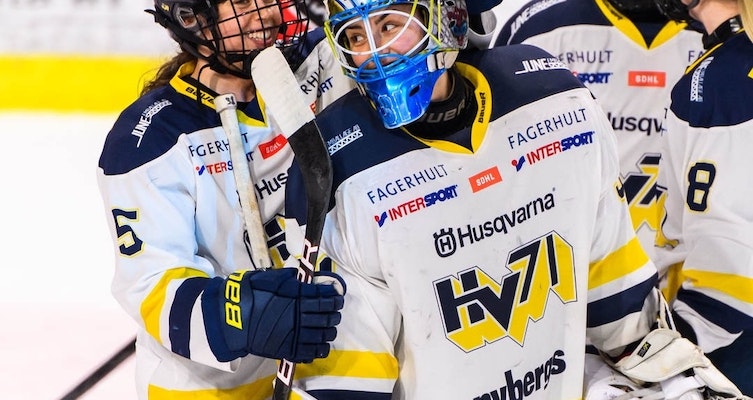 The Coronavirus looks set to claim another victim- the postseason in men’s and women’s hockey here in Sweden.

In the SHL the regular season just about survived with the last matches of the season being played in empty arenas Thursday.

The majority of European leagues have cancelled third playoffs and allowed the top of the table team at the end of the playable season to be declared as champions without further matches. That includes Sweden’s neighbours, Norway and Finland as well as continental Germany, Austria and Poland.

Whilst initially just suspending the playoffs, a request has now been made to cancel the playoffs entirely with a decision being expected on Sunday. There seems no obvious reason for the Swedish Ice Hockey Federation to not follow other countries and cancel the postseason meaning Luleå could be declared champions today.

The same scenario faces the women’s league, the SDHL, even though the quarterfinals and semis have already taken place as the league is smaller than the SHL. One of the best of five final matches did get played on Wednesday Luleå / MSSK lost at home to HV71, 2-3. Luleå are the reigning championship but it is HV71 (pictured) who won the regular season and are poised to become 2019/20 champions.

Initially the SDHL planned to shorten the final to a best of three series due to be completed in Jönköping this weekend.

However, sickness to players and the increased threat of the virus means the women have also requested an premature end to the season. That being the case HV71 will be declared champions for the first time in their history today.

So, for the Norrbotten club the premature end to the season will at least secure one national trophy.

The Coronavirus threat does not only mean the end of the domestic season in Sweden, but also an end for the international season with both the A and B World Championships in Canada and France respectively being cancelled.

For Sweden’s women’s team, Damkronorna, this has particularly tough consequences. For the first time ever in 2019/20 the country found itself in the embarrassing situation of being in the B category World Cup having been demoted last year. The cancellation of the competition means they will have to wait another year before they can make amends for their mistakes.

However, one person who will not be there next year is manager, Ylva Martinsen who has been sacked. She has expressed extreme disappointment at the decision but the Federation do not see any reason to renew her two contract when it expires later this year after a string of poor results. She has been replaced Ulf Lundberg who managed Södertälje until he was fired earlier this year.

But the unexpected turn of events may also mean that one of Sweden’s Assistant Captain and Brynäs IF captain, Erika Grahm may also not be present next year to help her country return to the top division. As yet undecided, the 29 year old has said the cancellation of the World Championship has made her call into question her international career and she would not be drawn on whether this also meant an end to her club career.

Whilst the women’s World Championships is off, the men’s tournament, which is due to be held in Switzerland in May, is currently scheduled to take place. Of special interest to A Brit On Thin Ice is the meeting of Sweden and Great Britain to take pace on 23 May in Lausanne.

The USA has also gone into lockdown so that both the NHL and AHL have been suspended until further notice. How they might resolve who is the winner if playoffs do not take place remains unclear.

So stay on the look out as the Coronavirus continues its dramatic spread throughout the sports world, proving to be the year’s greatest game changer, even if it is it unlikely to receive an MVP.