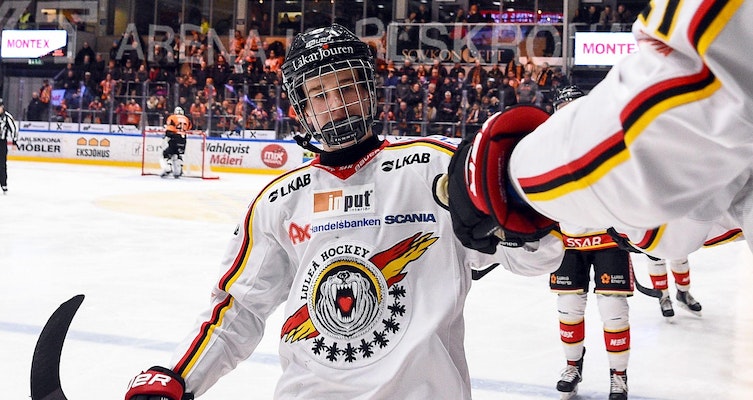 As November rolls in, the players in the SHL will take a two week break to make space for the international Karjala Cup in Finland. That gives us a chance to look at what has happened over the last month in Sweden's top division.

The last of these top teams in Luleå HF who continue where they left off at the end of last year as the team that lets in the least goals in the league and grinds our low scoring wins. Keeper Joel Lassinantti is key to this strategy and his in an form, leading the league with a GAA of just 1.69. Goals are rare and precious for the Norrbotten club and their top scorer is a new name for many. It is 19 year old Swedish defenseman, Nils Lindqvist (above). Drafted in 2018 by the New York Rangers, he is only in his second full season in the SHL and his 10 points (2G+8A) already equals his tally from 2018/9. But the team's low scoring approach means that top scorer Lindqvist is way down the the list at number 40 on the Total Points table.