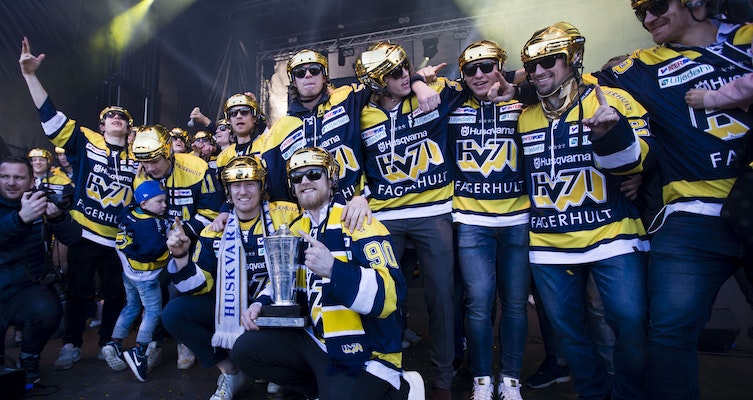 The club from Jönköping will be unveiling a completely different team from last year with the loss of 19 (!) players, including 9 to the NHL, such as the top scoring defenseman from 2017/8, Lawerence Pilut now at Buffalo Sabres.

It's is difficult to know exactly where to start, but we can take one new defenseman and one new forward that have caught my interest.

First, if the return to the SHL of Swede, Andreas Thuresson. The 30 year old has played in 25 games for the Nashville Predators as well as games in the KHL and NLA. But has had most games in the AHL, mainly with Milwaukee Admirals, and can boast 139 points from his 350 games in North America's development league.

On defense they have recruited 24 year old Finnish international, Mikko Lehtonen. He has played at Junior World Championship, World Championship and Olympic level for his country and played a handful of games for HV71 in 2016 and has also played in the Champions Hockey League. Success at the Jönköping club could be the springboard to lucrative contracts in the NLA or KHL and maybe even follow in the footsteps of Pilut, who though undrafted is getting a shot at the NHL dream.

As a team it all depends on whether they can gel together, so HV71 will either be in contention for top places or completely explode. Can the players, management and fans handle it if they don't get instant success?