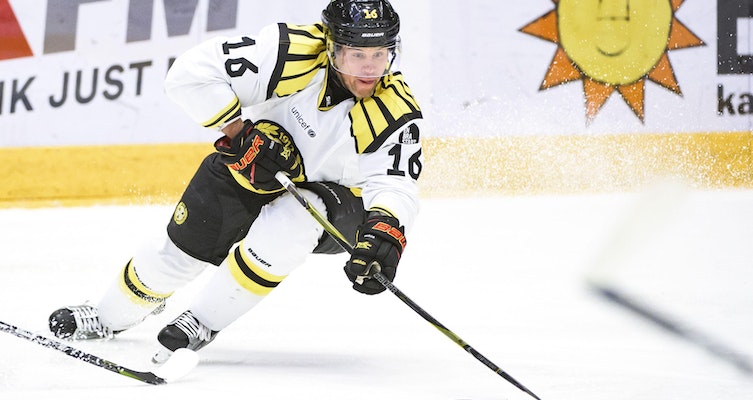 Last year Brynäs was a team that should have been in the top six, but had a dire start to the season which ruined their chances. This year they start having lost a large number of stars, includes four to North America.

Not only that, but they have lost one of my favourite import players in the SHL, Canadian Kevin Clark to Dinamo Kiev in the KHL as well as probably losing Daniel Paille (in photo) due to concussion in November 2017. With top striker forward, Aaron Palushaj also leaving for Örebro HK I am wondering, where are the goals going to come from for the Gävle club?

There's a lot of responsibility resting on their new signings. Two of those to keep an eye on are import players; the Czech centre, Robert Kousal and American right winger, Danny Kristo.

Kousal brings some good stats with him from two seasons in the KHL (0.40 PPG) and, most recently, two seasons with HC Davos in the NLA (0.67 PPG).

Kristo has just come from a year at Dinamo Kiev where he had a 0.50 Points Per Game average. Before that, the 28 year old had won Junior World Championship Gold in 2009-10 and played 271 games in the AHL where he gained 82 goals and 81 assists. So expect the siren to ring when the Montreal Canadiens' drafted player hits the ice.