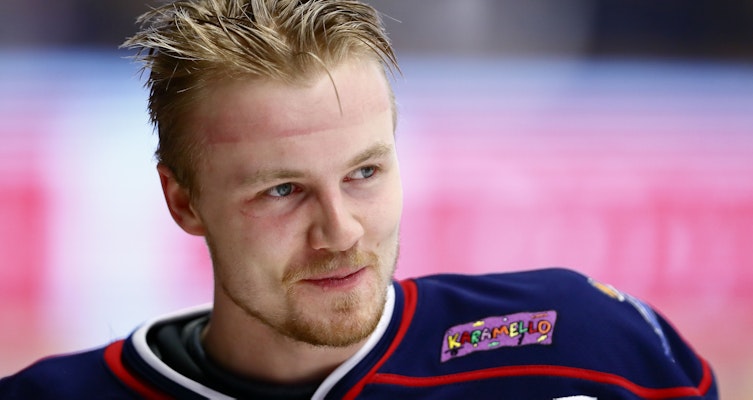 The focus at the beginning of the year was the return of Broc Little, who signed a three year contract, alongside Andrew Gordon. But the White Lions top scoring forwards has been a different combination of players, albeit with strong North American experience.

Forward Nick Sörensen (pictured) returned to Sweden last year after one year in NHL/ AHL with the Anaheim Ducks organisation. He leads the team on goals with eight and lies in third on Total Points in the team. In second, with 13 Points, is his line-mate, Derek Roy, the player in the SHL with the most NHL games on his CV, as well as being a Canadian 2018 Olympic Bronze medalist. But leading the team is new signing, American AHL stalwart, Joe Whitney, with 14 Points (6G+8A).

Sörensen will be joined on the international stage by points producing back Lukas Bengtsson, who has impressed from the blue line in his first season back in Sweden after two years with the Pittsburgh Penguins' AHL affiliate.