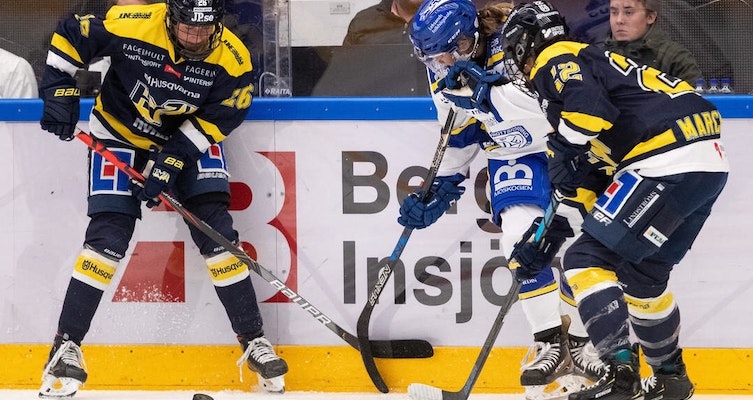 SDHL: top four teams to appear in the semi-finals

The top four teams in the regular season all made it through to the semi-finals today after winning their respective series 2-0.

HV71, Luleå/ MSSK, Brynäs IF and Djurgården IF all won Wednesday's match 1 which was played away from home for the top four teams in the league. And all four teams won their matches today on home ice convincingly, except for the Stockholm team who needed 101 minutes to breakdown local rivals, AIK. It means that no-one needs a third decided match which would have been played tomorrow (Sunday).

Now they will all have four days rest until HV71 meet Djurgården at Hovet, whilst current champions Luleå travel to Gävle to face Brynäs IF in what should be four, or more likely six, of the best matches of the 2019/20 season.

The difference in teams 1-4 and teams 5-8 can be seen in the total scores from the eight matches that have been played this week:

But don't expect anything like these figures in the remaining matches of the playoff where the very best in the SDHL meet head-to-head.

Top scorer at the moment is Sanni Hakala from HV71 with 8 pts (4G+4A) and Brynäs IF's Czech international, Katerina Mrazova with 7 pts (2G+5A).

Mrazova was the 16th highest scorer in the CWHL last year. Despite the fact that six players from Calgary Inferno, who won the now defunct league, are playing in the SDHL this year, none of them are now left in the Swedish playoffs.

Whilst HV71 remain favourites after their convincing regular season display, anything could happen in the coming matches in what will be one of the most tightly contested SDHL playoffs for several years.