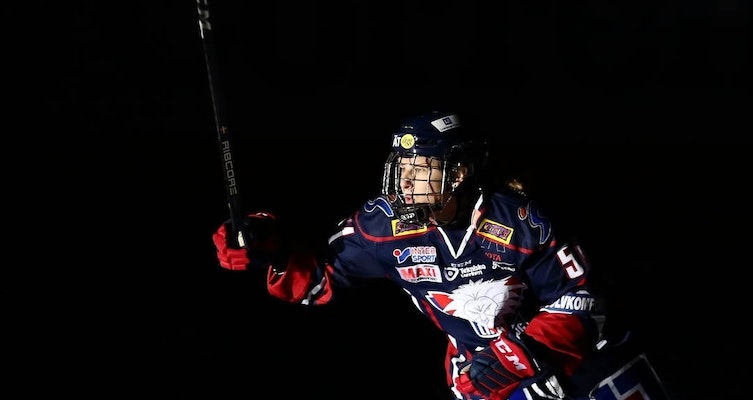 For Linköping HC the 2019/ 20 was a season to forget. The club that had finished second for the last two years behind Luleå HF and won in 2013/14 and 2014/15, faced the humiliating situation of nearly being in the relegation playoff. In fact, they were only saved from the relegation zone in only the third-from-last-game of the season. It was the worst finish in the club’s history and the only the second time they have not been in the last four in the playoffs.

With nearly a month now gone since the season was abruptly stopped due to Coronavirus, I sit down with two of Linköping’s team and we discuss their individual careers as well as the disappointing year for the Östergötland club.

31-year-old, Pernilla Winberg (above) will need no introduction to those who have followed Swedish women’s hockey. For example, in the last two years she has been in the top 3 of highest scoring Swedes in the SDHL.

Winberg is the only remaining active player from Sweden’s 2006 Olympic silver medal winning team. Just 16 year’s old at the time, this is still her top moment in her career, when she scored in the semi-final penalty shootout against the USA. In net was 19-year-old, and later Linköping teammate, Kim Martin Hasson during a memorable European victory over the dominant North American women’s teams.

“Linköping was a very different kind of team this year,” the Swedish forward says about the lineup for the season that has just finished, “we lost some of our key players from 2018/9. Whilst this was a very hard-working team, injuries meant that all the pieces were not in place all of the time. Overall, it was too much “up and down” across the whole season.”

It is true that the team lost all of its top five scorers, apart from Winberg herself, as import players Kennedy Marchment, Sidney Morin, Lara Stalder and Nicoline Söndergaard Jensen left for new clubs.

But in came a raft of new players - there was Canadian Savannah Newton from Brynäs IF and Swede Isobel Palm who traded with Marchment and Morin from HV71. From North America there was also touted American sisters Tori and Zoe Hickel from Calgary Inferno and new from the NCAA, Finnish international, Vilma Tanskanen (below).

But injuries have hit Linköping hard – the first four named players have missed 36 matches in a 36-match season. And that is not accounting for the rest of the team’s injuries, including captain and Norwegian international, Ingrid Morset, who missed seven matches. In fact, only seven of the lineup played the full season and only 11 players played more than 30 matches, putting some numbers behind Winberg’s assessment.

And there’s no doubt that the Swedish Olympian herself was deeply missed in terms of experience and points production due to being side-lined by concussion after just seven games. Not only that but my second interviewee, Tanskanen, only played eight matches due to concussion and the pair have been signed off sick all season. 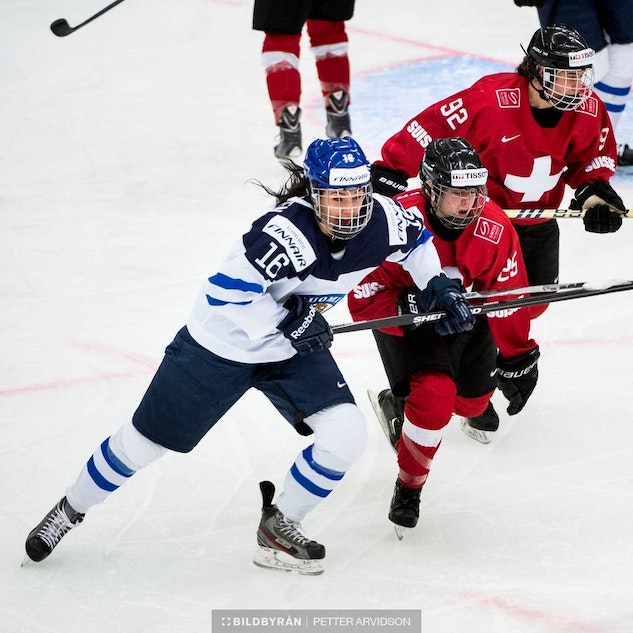 Vilma Tanskanen – “it was a tough year”

24-year-old, Vilma Tanskanen came to Linköping after four seasons in the NCAA including two years with North Dakota until they closed their women’s hockey program. A defense-minded forward, she is a specialist on the penalty kill but developed her points scoring ability whilst in her final two years in the league with Mercyhurst University. There she was part of the team that won three-day College Hockey America tournament and was assistant captain for the team in her graduate year.

“Playing for the national team is a great honour,” says the player who picked up bronze in 2014/5 World Championship for Finland. “But it was very special winning with my college team, girls who you have worked with throughout the year,” she says with triumph in her eyes. But when it comes to the season here in Sweden, she keeps it short, “It was a tough year, full stop.”

The NCAA and the SDHL

Winberg and Tanskanen do not just have in common that concussion kept them off the ice in 2019/20, they have also both played in the NCAA and SDHL. I ask them about the difference between the two leagues.

“The NCAA definitely has faster hockey; it’s good quality with great players on every shift. Of course, you’ve got the smaller ice there too…” says Tanskanen.

“I agree,” says Winberg, “it’s definitely faster. Here it is much tougher game here, you’ve got Europe’s best players in the SDHL.”

“You have a much bigger variation in players in Sweden,” adds the Finn, “from the very experienced to young starters on the ice at the same time, whereas it is more even across the team in the States,” she reflects.

Both players played a substantially smaller role in Linköping’s season than they were hoping to. And when we close the interview no-one knows what the 2020/21 season will hold due to concussion – the topic we will pick up in the second half of this interview - clic on following link: SDHL: Concussion - the headache that won’t go away