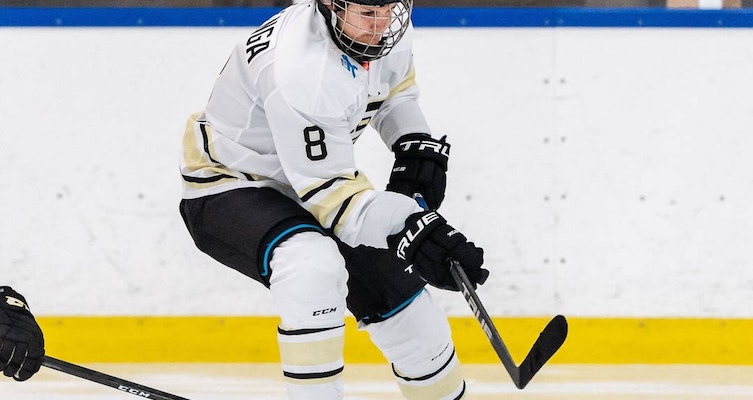 SDHL: INTERVIEW- Savine Wielenga (SDE) - we are a team that fights hard

Savine Wielenga is captain of the Dutch national team and is making a big impact in her first season at Stockholm club, SDE HF. Alongside compatriot, Julie Zwarthoed she is leading the scoring for the team with 21 points (11G+10A).

There are four players from Holland playing in the SDHL and it is perhaps not a surprise that they have all gathered at the same club. Not only that, but Wielenga, Kayleigh Hamers and Maree Dijkema were all part of the national team squad who won D1B World Championship Gold last year.

Of course, Wielenga rates this as the best moment of her career (so far!). Their victory sets Netherlands for a collision course with Sweden when the teams meet on 12 April in France in the first match of the D1A World Cup.

"There is always a chance to win," she says when assessing the team's chances, "But we're not naive, we know it's gonna be one of the toughest games we've ever played as a national team. Sweden is, of course, the favourite to return to the top division - but we're not going to make it easy for them!"

Now 30 years old, the national captain is actually in her second spell in Sweden having played for Linköping HC 11 years ago. "I've never really felt satisfied with that first year in Sweden," she reflects, "but after we won gold there was an offer from a different SDHL team that made me think of returning."

But in the end it was the Stockholm team that won out, "I already knew some of their players who told me a lot of good things about the club and their plans for this season, which turned out to be a great fit for me".

SDE have had a truly remarkable season and it is a complete transformation from the five previous seasons where they have been saved in relegation from going back down to Division 1.

Now they’re in sixth and have shown the potential to beat any of the team’s the playoffs might throw at them. But Wielenga says they're keeping their feet on the ground, "Our aim is to make it past the first round", she says unassumingly.

Apart from bringing in Dutch internationals, like Wielenga and Dijkema, the club also took in four players from the CWHL 2018/9 championship winning team, Calgary Inferno, in the wake of the collapse of the Canadian league. Perhaps most significantly that includes two Canadians born in 1994, netminder Lindsey Post and Assistant Captain, Kelty Apperson.

"I think the club did a good job on researching what type of players/people would fit this team," she says, "We all have different backgrounds and experiences but together we are a team that fights hard with and for each other, no matter how good the opponent team might be".

As the regular season comes to an end, Zwarthoed and Wielenga will have their internal battle to see who is the top scorer in the club, as well as the best Dutchwoman in the league. But more importantly, this will be the first opportunity in the club's history to experience playoff hockey.

That SDE are a team to reckon with is now no longer a surprise, and, who knows, maybe Wielenga and her teammates can pull off the greatest moment in the club's history and go all the way to the SDHL final.

Savine Wielenga is an ambassador for True Hockey and wants to thank them for their ongoing support. Found out more at https://www.true-hockey.com/