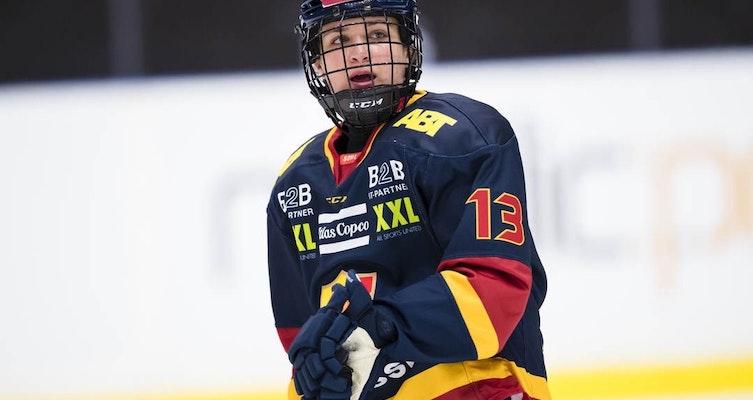 American Dominique Kremer is one of the new recruits at Stockholm Djurgården IF, who brought in a number of new signings in the summer of 2019 designed to develop a team capable of win the SDHL. Coming to the end of the regular season they are guaranteed a top four spot and are only the playoffs away from realising that dream.

Whilst the club's big name signing, Jennifer Wakefield (CAN), was already in Sweden, Kremer has come direct from the NCAA. However, she is already making her presence felt as the team’s top scoring defender (5G+11A) putting her at number 8 in the back scoring league. But she is modest in her assessment saying she doesn’t think her strengths lie in being a two-ways defender:

“I’m not super flashy, but I can almost always get the job done. I try to make the smart and simple plays that put my team in the best position to be successful. I’m best known for my speed, my hockey sense, and my ability to block shots.”

So whilst Wakefield, Sarah Bujold (CAN) and captain Andrea Dalen (NOR) keep the goals coming in at one end of the ice, Kremer and her college teammate and netminder, Samantha Ridgewell (CAN), are keeping the scores low behind the blue line.

Both her and Ridgewell played in the NCAA at Merrimack College, Massachusetts before moving to Stockholm this season. But the 22 year old American could have gone to play in the NWHL after being drafted in 2018 in Round 4 #17 by Connecticut Whale, the former team of HV71's Swedish forward, Michelle Löwenhielm.

Kremer again is self effacing when it comes to experience:

“Being drafted was a dream come true. I was told prior to the draft that it was unlikely that I would be chosen. Thus, I was shocked when my name was announced! I remember seeing my name and squealing with joy! I was completely honored and humbled by the entire experience.”

But the 22 year old decide to come to Sweden instead, just like 2017 Round 1 #2 drafted Kennedy Marchment (CAN) did last year. That's because Kremer feels the SDHL offers the best opportunities for women's league hockey:

"The skill level is incredibly high, not just from the Swedish players but from the import players brought in, as well." and then she adds with a laugh, "Plus, who wouldn’t want to live in Sweden?"

Djurgården IF have gone all in, bringing together a team to match the best in the league. There’s no hiding the club's ambition to see a repeat of 2016/7 when the Swedish national trophy came the Stockholm club under Jared Cipparone (read interview with Cipparone here). And Kremer is loving the experience of being inside a motivated and energetic squad,

"This year’s team is special simply because of the girls we have here. They are honestly the sweetest, kindest, most genuine, most driven, and most hard working people I have ever met. The team chemistry we have is awesome. Everyone gets along, and everyone supports each other. We’re all striving for the same goal and are willing to do just about anything to achieve it. They make me want to be a better player and person every day, and I can only hope that I do the same for them."

As a women's hockey player from North America, Kremer knows first hand that the sport is going through a challenging time.

"Obviously, I wish that women could make as much money as the men do. It would be nice to be able to play hockey for a living. That being said, I understand that at this point in time women do not bring in the kind of money that men do. It is ultimately boiled down to supply and demand, and women’s hockey is not super high in demand right now".

But just like a Brit On Thin Ice, Kremer believes the women's game has a lot to offer, "The women’s game is much more entertaining than most people think, and I believe if more people saw us play, they would realize what they were missing out on. I really just want people to give a women’s game a shot. Come to a couple of games and give us a chance... you might find out you love it and come back for more!"

When it comes to the sports industry success breeds success. And with Kremer and Djurgården with a great chance to medal in this year's SDHL, more fans should be interesting in coming to Hovet and seeing them. After all, as Kremer herself says, this is the best women's hockey league in Europe and, arguably, the best in the world today.