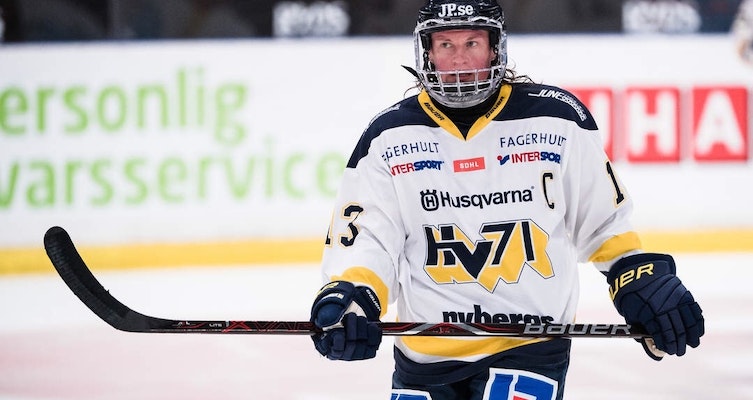 SDHL starts tonight after a turbulent few months in the world of women’s hockey. Following the collapse of the Canadian Women’s Hockey League (CWHL) at the end of last season, the #ForTheGame movement saw a pan-national strike by over 200 players who said they would refuse to play in North America without improvements in terms and conditions. This threatened to destroy the American NWHL as well.

In Sweden the women’s national team went on strike and even reported the national Ice Hockey Federation to the equalities commission. The result of which is that they will now be paid the same as the men for the appearances in Swedish colours – the same process as the American women’s hockey team had to go through to get equal pay there in 2017.

All this drama somewhat overshadowed the retirement of two stalwart of the SDHL – Luleå HF and Sweden’s goalkeeper, Maria Omberg and HV71 Finnish veteran, Riikka Sallinen (Välilä, for most of her career, pictured above). The 46-year-old Finnish international played in four Olympics picking up two bronze medals and her highest award, a Silver medal in her last World Championship earlier this year.

One of the significant impacts of the #ForTheGame movement for the SDHL, is that many players have chosen to come to Sweden this year whilst uncertainty reigns in the North American professional leagues.

It means that the league had probably some of the best teams that have ever played each other on Swedish ice, an arguable is the women’s top league in the world, at least for the 2019/20 season.