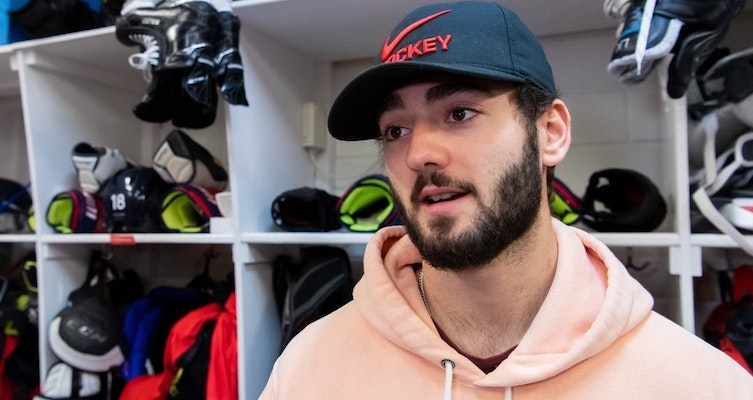 When Great Britain meet Sweden in the World Championship in Latvia this afternoon both teams face one of the biggest tests of their competition. It is going to be a Goliath vs David experience, but the question is who is who?

History and reputation say Sweden will win, but performance and team morale in this tournament says Britain are the favourites.

For Great Britain there really is the chance of beating one of the world’s best hockey nations. They have improved with every game in the tournament and come into this tie with W-D-L-L from their four games so far.

This is a team entire build from players who are based in the country’s own Elite Ice Hockey League. But that tournament was cancelled in 2020/21 meaning few of the players have actually taken been part of competitive hockey for a whole year. So, their results are truly unexpected.

Their points total is being led by Liam Kirk (4G+0A), the first ever British player to be NHL drafted when the Arizona Coyotes signed him in 2018. But just remember, he is no global superstar. Whilst he has played in Sweden, it was only in Hockeyettan back in 2020 (see photo).

One of the reasons Great Britain have every reason to be optimistic before this game is that they took points against Denmark (2-3 OT loss) and Belarus (4-3 win), two of the teams that Sweden have lost to in this tournament.

That leads us to the other side plexiglass, where a dejected Team Sweden are looking forlorn and playing some of the worst hockey seen by Tre Kronor this century. They have lost three of their four games against opponents they tower over on paper with five NHL players and eight KHL players on their roster. The only light in the tunnel was their 7-0 thumping of Switzerland.

If that team turns up, Great Britain stand no chance. But if the team that lost 1-0 to Belarus makes an appearance, then we could be in for one of the greatest shocks in hockey history, a contemporary “miracle on ice”.