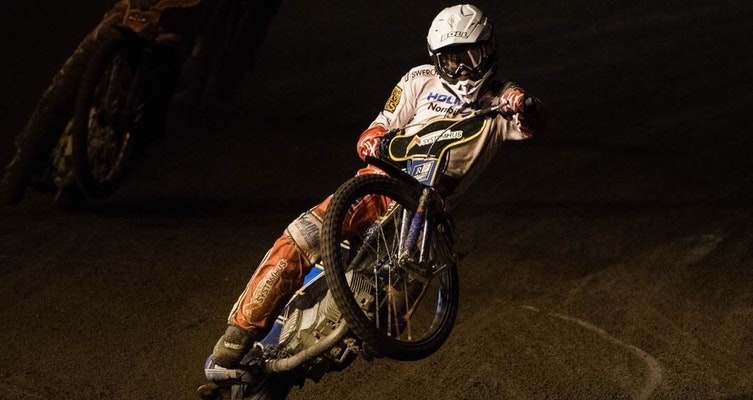 Quarterfinals but many stars missing

Tonight, in Sweden there were just two matches as the playoffs started with the quarterfinals.

But again, there was a lot of discussion in the fans’ group as several riders who are in the Ekstraliga were not available including Bartosz Zmarzlik, Dominik Kubera, Syzmon Wozniak for Vetlanda and Robert Lambert and Jakub Miskowiak for Lejonen. The Swedish clubs blame the Polish sides saying they are preventing their riders come to Sweden.

However, for Dackarna all three of their SGP riders were available causing debate as to whether the Swedish clubs can actually afford these expensive riders on their rosters.

Dackarna had a much stronger team on paper than their hosts when the two teams met tonight in Gislaved. Whilst Lejonen had to use Riders’ Replacement for Robert Lambert, their other SGP rider, Oliver Berntzon continued his good form from Poland at the weekend where he scored a maximum. Tonight he as the match's top scorer with 14 from six rides.

However, in a close match that included nine 3:3 heats, it was the visitors from Målilla who were able to get ahead. It was the Wroclaw pairing of Maciej Janowski (11) and Tai Woffinden (12+1) who took Dackarna second 5:1 in Heat 12 against Mattias Thörnblom (7+3) and Rohan Tungate (7+1) helping to give the visitors the lead and the home side could not match them. But it was there other SGP rider, Jason Doyle (pictured) ho seemed unstoppable with a maximum 12 points from his first four heats.

It means that Dackarna will now be favourites to win the Quarterfinal in the return match next week in Målilla.

Vetlanda clearly missed their three top riders, whilst the home side were able to put out a full team including Patryk Dudek (7+1), Kim Nilsson (10) and Kai Huckenbeck (7). And it was Dudek, together with Timo Lahti, who won Heat 1 by 4:2 to take the lead from the very start. And it was the Finn who rides with a Swedish licence who would top score for the hosts with 13

Vetlanda were unable to catch up with the Hallstavik side and were always behind by at least 2 points. But a strong team performance kept the visitors in the match, with Norwegian-Polish veteran, Rune Holta, top scoring with 8+2.

In the end it finished 48:42 to Rospiggarna, but Vetlanda will probably feel they have a chance at home next week – if they can have a full team against the side from Hallstavik.