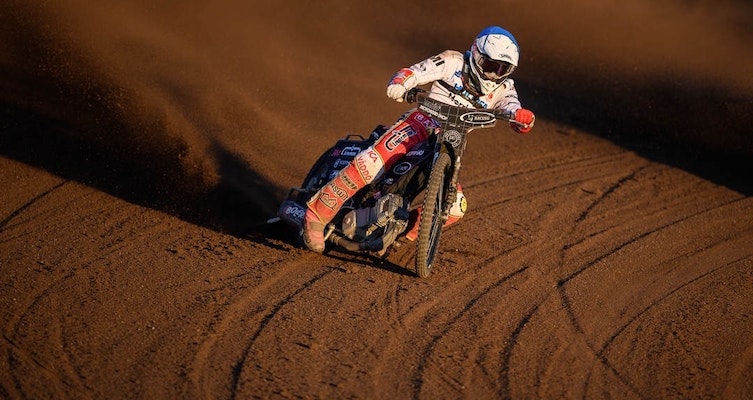 This weekend saw the second semi-finals in all three of Poland's speedway leagues meaning we now know the finalists for the 2021 season. We will take them in the order the results were known.

Landshut will made a historic first appearance in the League 2 final where they will face Opole after they easily pushed aside Rawicz in Saturday's match. Kai Huckenbeck's paid maximum (14+1, pictured, above) and Dmitri Berge's 13+1 ensured a victory against a side that did not use their Leszno riders, like Jaimon Lidsey, more or less conceding defeat from the start.

By contrast, Opole brought in flying Czestochowa's junior, Mateusz Swidnicki as well as signing Bartlomeij Kolawski on loan for the playoffs to ensure victory - and they assisted with a 9 pts maximum and 6+3 paid maximum respectively as they crushed their Lativan oppostion to set up a Germany v Poland final in a week’s time. 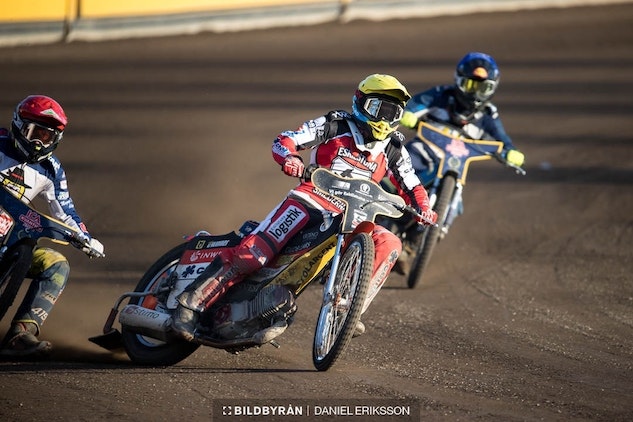 Wilki Kronso are now just two matches away from a remarkable 2021 which could see them move directly from eWinner 2 through to the Ekstraliga in just one season. Having won in Gdansk last week, they made light work of their opponents at home. Andzejs Lebedevs scored 13 and Mateusz Szczepaniak top scored again for the club, this time with a 13+2 paid maximum.

The match in Ostrow was a winner-takes-all affair after last week's 44:45 home victory to Rybnik.

But Ostrovia were in no mood for a close fought match and instead to the opportunity to pulverize their opponents, six heat advantages in a row including two 5:1s in the first six heats.
For the home side, top scorer was Swede, Oliver Berntzon, who scored a maximum 12 pts putting a disappoint SGP series behind him. He also put pay to any dream of an immediate return to Ekstraliga for the visitors from Rybnik. 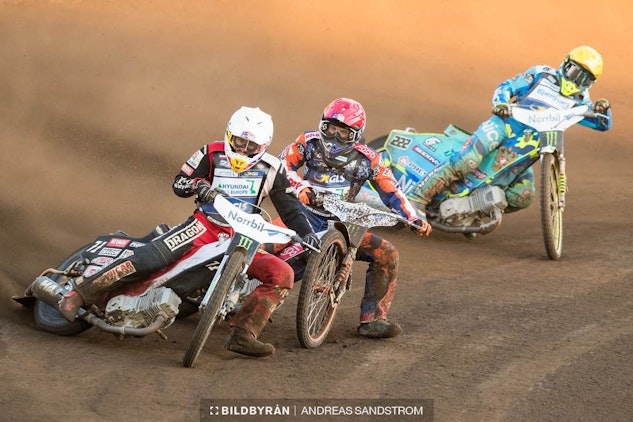 L-R: M Janowski, E Sayfutdinov and A Laguta were all in action in Wroclaw tonight

Both of today's home teams came into the second semi-final with a 49:41 victory last week, meaning they knew they were just 15 heats in front of their home fans away from the 2021 final.

History was made in Wroclaw as visitors, Leszno failed to make the final bringing an end to their four year reign as Poland’s top team. That despite, Australian SGP rider, Jason Doyle scoring an incredible 17 pts from 6 heats.

However, the home side made their intentions clear from the first heat when Artem Laguta (11) and Tai Woffinden (11+1) took a 5:1 against the visitors’ Emil Sayfutdinov and Jaimon Lidsey. And the victory was secured by an another excellent team performance from Sparta, with Maciej Janowski joining his SGP teammates with a double figure tally. It was, in fact, the Pole who top scored for the home side with 12 pts.

Wroclaw will meet Motor Lublin in the final who won at home tonight. However, it was no easy match as Gorzow made clear their intentions to return to the final again this year. The visitors took a 1:5 in the first heat and were leading by two points after Heat 3, when Bartosz Zmarzlik (16) beat Mikkel Michelsen (11) on the Dane's home track.

But 5:1 wins for the home side in Heat 5 and 6 gave them an eight point cushion on the night and a sixteen point lead on aggregate.

It was simply too many points to collect and Lublin fans started celebrating after Heat 13 when Michelsen beat the double world champion to secure the tie.

The only bad news for the home fans was that Grigory Laguta (2+1) crashed heavily going head first into the air-fence at speed in Heat 11. The Russian veteran was taken away in an ambulance.