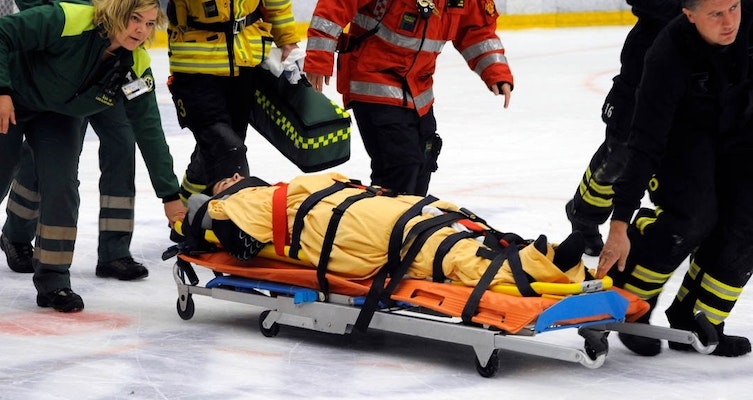 Does it get more serious that concussion?

Fans and players alike accept and enjoy that hockey is a full-blooded contact sport. And even in Sweden where Fighting is almost non-existent where everyone knows that even big, legal hits can have serious consequences.

Career and season-ending concussion in the SHL

Thomas Larkin’s blindside hit on former Boston Bruins’ Daniel Paille in a CHL match on 7 November 2017 ended the Canadian Olympian’s career, Almen Bibic has not returned to the ice since a hit from Ryan Lasch, one of the smallest player’s in the SHL on 3 November 2018. In November 2019 Rögle BK had four players on the injury list due to concussion - Éric Gélinas, Kodie Curran and Dennis Everberg but the worst affected is Nick Sörensen has not played since his injury on 29 November. 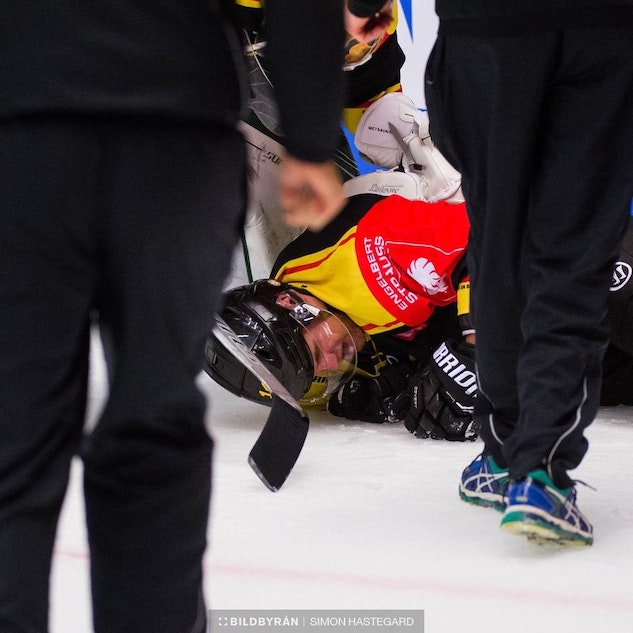 Career and season ending concussion in the SDHL

And in women’s hockey the story is just the same, despite the fact that Checking is not allowed in the same way as the men’s game.

MODO Hockey’s Canadian talent, Breanne Wilson-Bennett left the ice in an ambulance and has not played since being hit by Louise Norberg Tegelin on 18 November 2018. And one of the SDHL most talented imports, Canadian Olympian, Jennifer Wakefield, played only nine matches for Brynäs IF in 2018/9 season have twice received concussion.

According to Swedish newspaper, Aftonbladet, there were 52 recorded concussion in the last two years in the SDHL. Of the 25 in the season that has just gone, two of those were Linköping HC players, Pernilla Winberg and Vilma Tanskanen. Whilst we remember the dramatic hits like Paille or Wilson-Bennett, in both my interviewees cases, it was relatively minor incidents which finished off their season before it had really begun. That’s because one of the issues with concussion is the cumulative effect of a career of receiving heavy blows to the head. 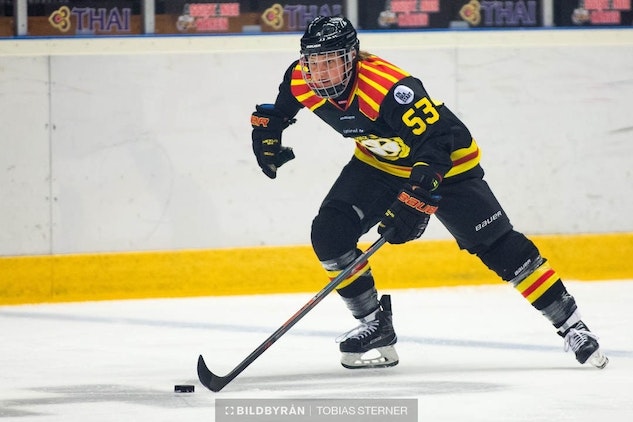 One of Jennifer Wakefield's few matches in Brynäs colours

But we start from the beginning – what does it actually feel like to get concussion?

Both Winberg and Tanskanen have experienced multiple concussions in their career and both reflect that whilst the first incident was one of the biggest hits, it was also the quickest one they recovered from.

Winberg, “My first concussion was severe, I was only 15 and playing for the national team. I saw double for a while but I recovered from it pretty quick”, she says, “The others were much lighter, I saw a bit blurry and had a headache. We thought it might be a problem with my neck,” she explains.

For the Finnish player it was similar, “I was back on the ice training after a couple of weeks,” after she received her first concussion in Finland before she moved to the NCAA in the autumn of 2015. 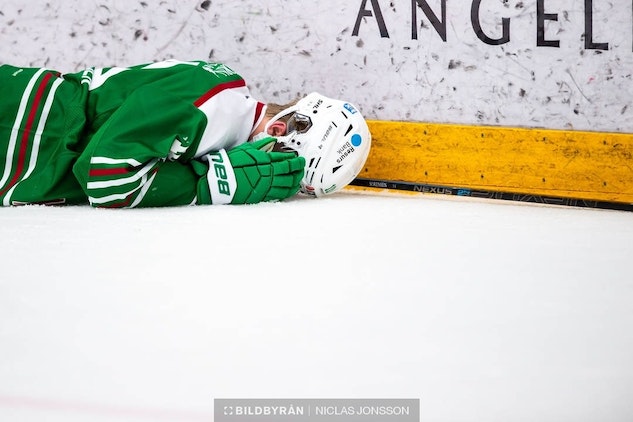 Lack of knowledge inside hockey

“The problem was back then, we didn’t know anything about concussion, it just wasn’t talked about,” says Tanskanen, “I didn’t even know that I had had it until afterwards”.

So, in both cases the players were in a situation that neither they, nor the people around them, really knew how to deal with. This partly reflects the amateur-professional limbo that women’s hockey is still in. Winberg maybe be one of the best Swedish players in the country, but she does it all in her spare time. Her full-time employment is with local charity, Idrott Utan Gränser, (ENG: “Sport without Borders”), who help marginalised kids get involved in sport.

As they are largely amateurs there is no insurance for the women’s teams, unlike in the men’s game, who receive a percentage of their regular income even if they sit out injured.

“We do everything ourselves,” said Winberg to Swedish national newspaper Aftonbladet, “we go and pay the fees in the medical clinic just like every other normal person”.

“We did get some help from the men’s team’s doctor at Linköping,” the two players say, “but really there’s no structured follow up plan at all. But we know if different clubs they have dealt with the issue differently”.

Something confirmed by Aftonbladet’s reportage. The paper report points out that 35 of the 100 players interviewed in their survey have been diagnosed with concussion, but that only 15 of them received that diagnosis within their own hockey club, less than half of all cases.

It points to a dangerous gap in knowledge and resources with the hockey industry itself that is putting players’ careers and, more importantly, their long-term health, at risk. And we know for certain that players will get concussion in the 2020/21 season. 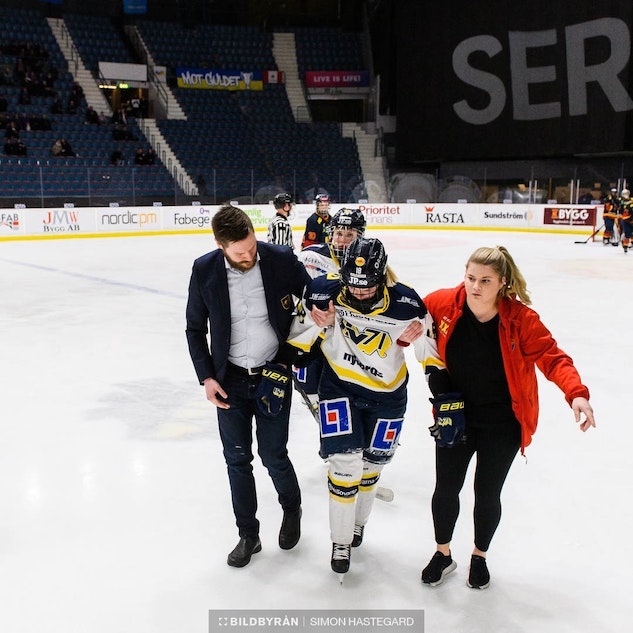 HV71's Anna Borgqvist leaves the ice with possible concussion after being hit by Jennifer Wakefield (DIF). The Canadian was suspended for 20 days after the match.

To look at Winberg and Tanskanen, you would not know they had sustained life-changing injuries that have kept them off the ice for the majority of the season. They do not have crutches or a plaster cast, or wear a big badge that says, “I am concussed”.

So, I ask them to explain what it feels like.

“It is hard to explain,” says the Swede, “It is like a small headache that never goes away. You rest and then you try to do something like ride a bike, and it gets worse, especially at night”.

“When it happened, I literally couldn’t tell you which way we were shooting, or what the score was, or anything,” says the Finn, “you get headaches, lights hurt your eyes and I couldn’t eat anything. And then you think you’re getting better so you go for a bike ride but I just felt nauseous” she admits.

Both agree that it is a serious hinder to their social life, in fact, to doing anything, “you follow the rules and stay at home,” says Winberg, “but you can’t concentrate on watching TV and training just makes it worse”.

“I am normally social and super active, but especially at the start if I went to the rink or spent time with friends I would be exhausted and just end up with headaches or migraines. There's not really much you can do,” reveals the Finn.

She is studying Sports Psychology but completing the course has been an impossibility. Finding some of her notes she tells that me that concussion is a physical, mental and emotional challenge, “plus your sleep is a mess,” she says honestly.

It is hard to believe that these two normal people have effectively been in mental and physical isolation for six months since the injury – unable to live a normal life, all for the sake of hockey, the sport they love and want to excel in. 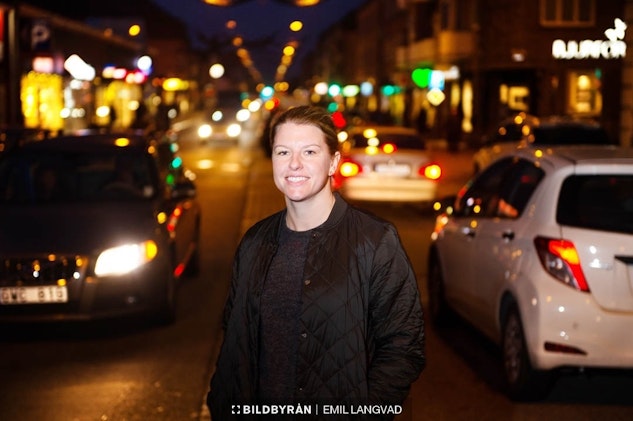 The Federation and SDHL must take action

Aftonbladet spoke the SDHLs Commercial Manager, Angelica Lindeberg who said, “in the best of all possible worlds we are going to do something about this before the start of next season”.

It seems clear that more work needs to be done to protect players. Hockey is a physical contact sport and therefore it is essential that the Swedish Ice Hockey Federation and SDHL take strong directive action to protect players as much as possible. Developing a post-concussion protocol and ensuring players receive a thoroughgoing quality medical assessment paid for by the clubs are the least they should be doing. Costs for the clubs who are linked with an SHL team, such as Linköping, will be minimal for this service. For others, such as Göteborg HC, links with such clubs like Frölunda Indians can easily be forged.

Concussion is a headache that is not going to go away for women's hockey. So for issues of both player safety and gender equality the issue must be addressed before the 2020/21 season starts. It is all part and parcel of raising the SDHL from its quasi-amateur status to being best professional women’s league in Europe. The players, like Winberg and Tanskanen, are willing to play their part – now they need the industry to step up and be active on D and box-out threats, like concussion, as it encroaches on the blue paint and seeks to take out players. In a year's time we know that a handful of women players will have played their last ever season in the SDHL because of concussion. The question still remains as to whether those women will have received the best possible care not.

Aftonbladet video including interview with Pernilla Winberg (in Swedish):